Memes are everywhere. They flood the Internet and correspond to every world-historical event, such as the new Stranger Things season. Here are some facts about memes you (probably) didn't know.

💡 "Meme" is derived from the ancient Greek word "mimema", which means "something imitated".

The modern version in the English language was created in 1976 by evolutionary biologist and author Richard Dawkins (the same guy who wrote the bestselling book The God Delusion).

According to Dawkins, memes can be ideas, thoughts, catchwords, and much more; and yeah, he isn't okay with the modern use of the word: 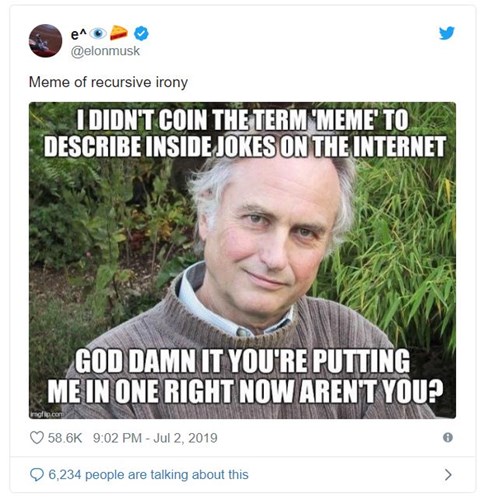 Ten years ago, in an essay, author Patrick Davison used a more modern definition. He stated that an Internet meme is a piece of culture, usually a joke, which gains influence through online communication.

🖥️ Based on the very broad definition made above, this answer may be surprising.

It started with an inside joke, or at least what was considered a joke at the time, and a very simple smiley.

The image was created in Usenet, a separate, prehistoric form of the Internet. In Usenet, people exchanged information in pure text form. This form of communication often led to misunderstandings in discussions, as one did not know whether the other person meant what was written seriously or not.

For this reason, Scott E. Fahlman, an American computer scientist suggested to place ;-) behind entries that were meant as jokes. His original message was only found in 2002 on an old backup tape. 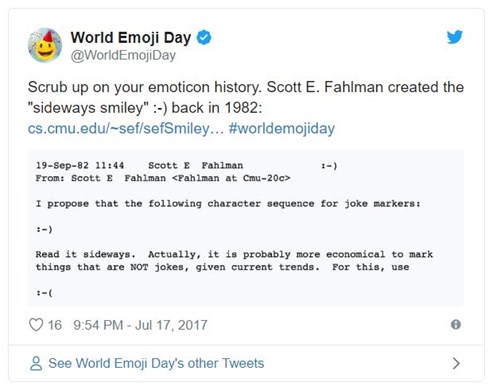 The whole thing spread rapidly and soon various other smileys were created.

🐹 The first viral hit whose success has been measurable was the song The Hampsterdance Song by Hampton the Hamster.

It was released in July 2000 as a single and produced by The Boomtang Boys.

The corresponding site, on which the video could be viewed exclusively, was put online by the Canadian Deidre LaCarte in 1998. She and her sister created websites and bet each other which one would attract more visitors. LaCarte's site showed dancing hamsters, which ended up being more popular. The legitimate reason: It showed dancing hamsters.

Here's a second version that includes some blatant special effects:

👶 The dancing baby, called Oogachaka Baby, would also have deserved a listing here. But it scares the hell out of me every time, so I never want to mention or see it ever again.

🤳 There's a site for sysadmin memes. And if you want to celebrate your Sysadmin Appreciation Day or just generally need some eye candy, you should check it out.

There’s no costs, you can share it with your people, and the site will grow in the next weeks and months.